You are here: Home / Awards & Achievements

We are proud to share that we are the first and to date the only cattery that has achieved the DW Award (Divisional Award) from CFA, in Singapore. Moreover, the cat was bred by our own cattery. This is one of our most distinguished achievements.

In April 2010, our Oriental Shorthair was the “Best Cat In Show” at the Hong Kong UFO Cat Show, beating all the rest of the championship cats in the show. It was another achievement for the cattery.

At the same time, our cattery also produces the most Grand Champion cats in Singapore as well, through years of competing in the cat shows, locally and overseas.

In July 2013, we are proud to announce that our GC Versace Beaute, has acheived the Distinguished Merit (DM) Award recently. This is the first and only Distinguished Merit Certificate achieved by a Singapore Cat so far. And she is the first DM Oriental Shorthair cat in ASEAN countries, the first DM cat in Singapore and is the only one till date. She has been producing quality kittens that have been winning Best Kitten in Shows in many CFA shows, and ONE show granded cats etc. We are proud of her!! 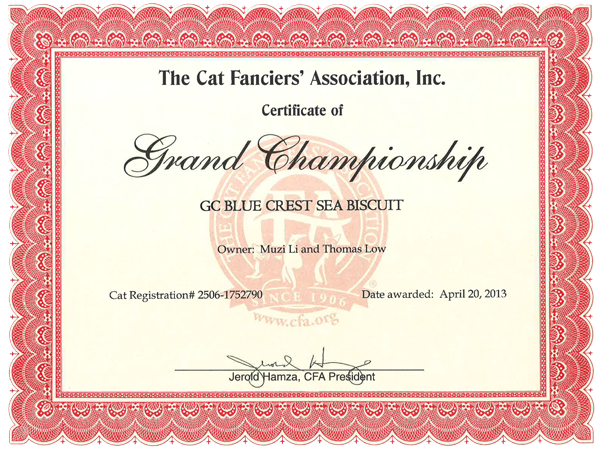 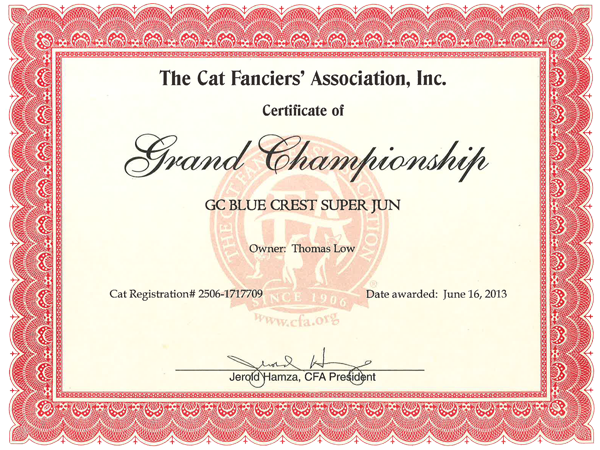 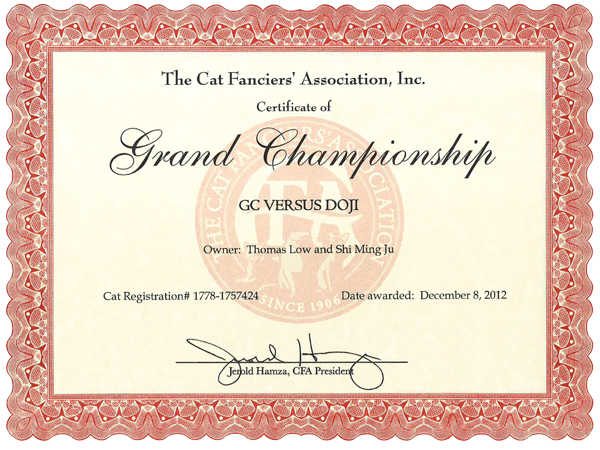 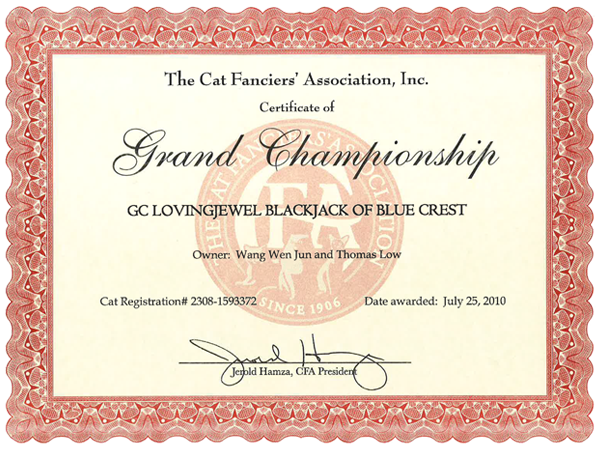 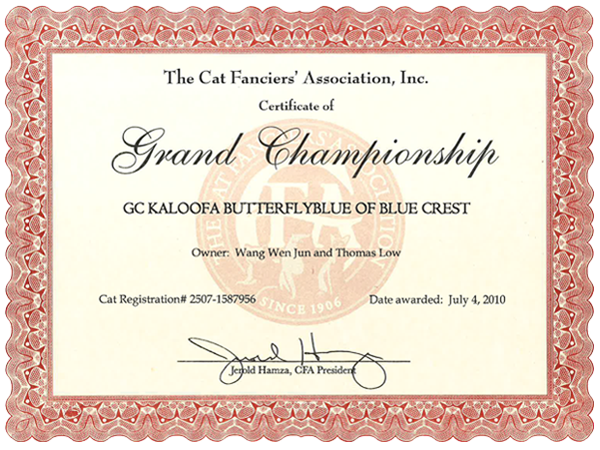 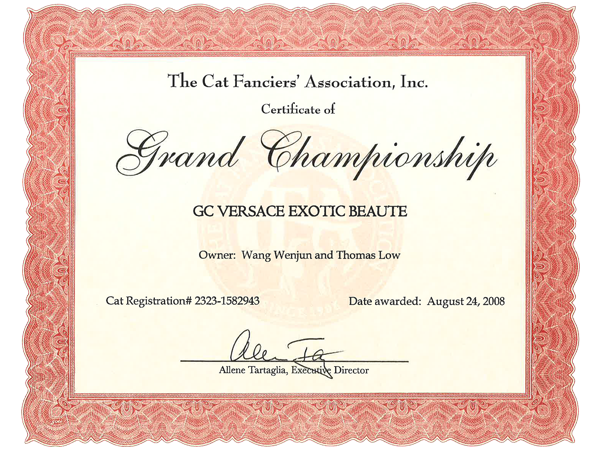 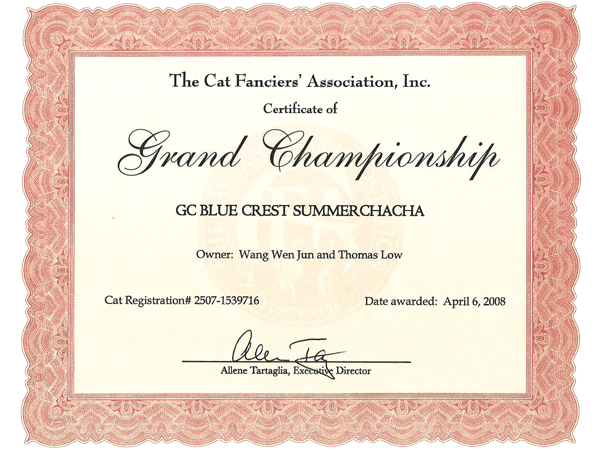 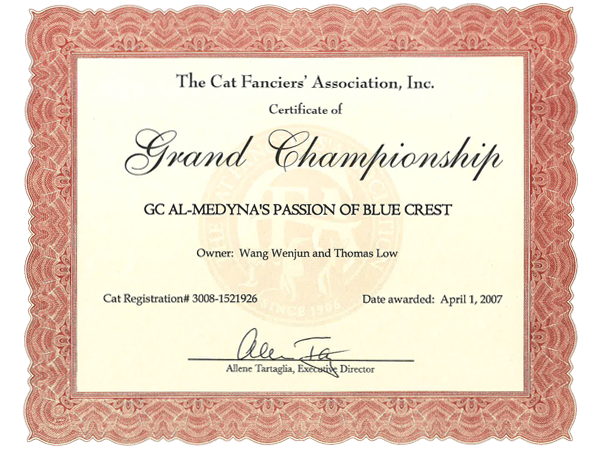 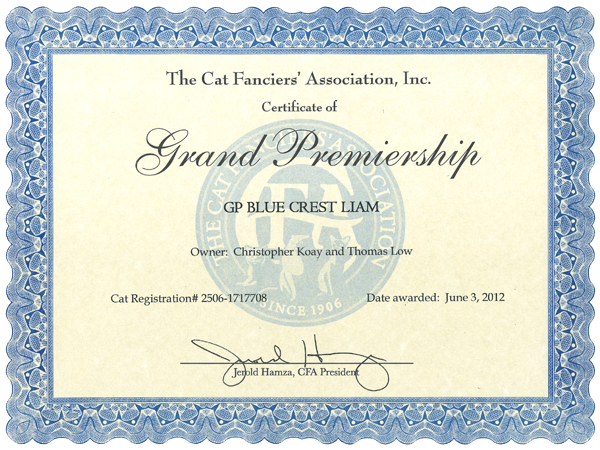 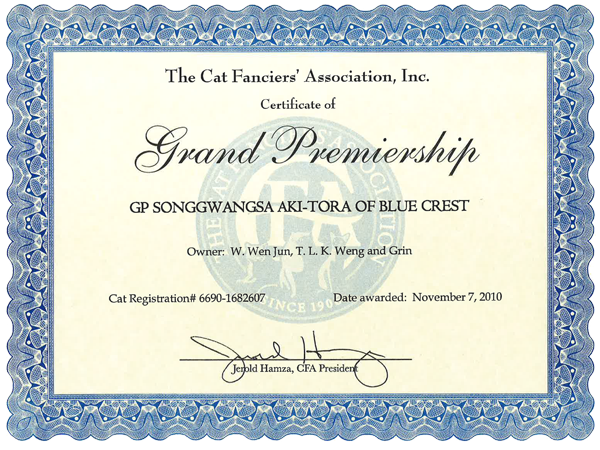 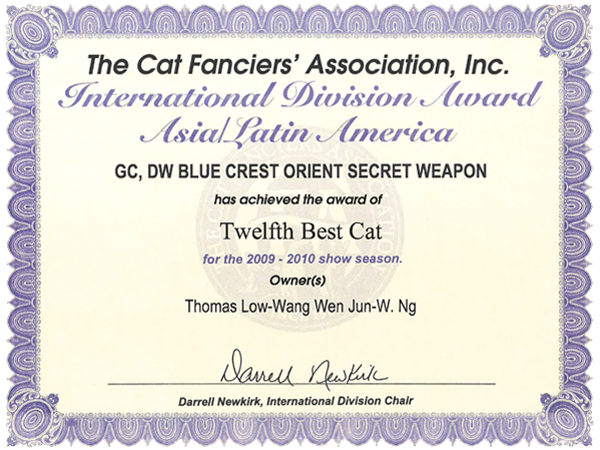 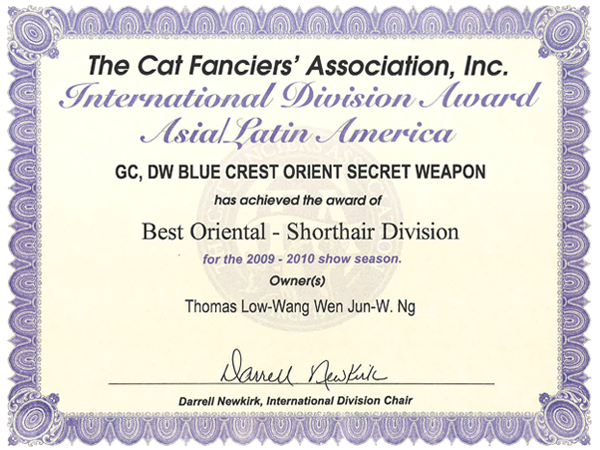 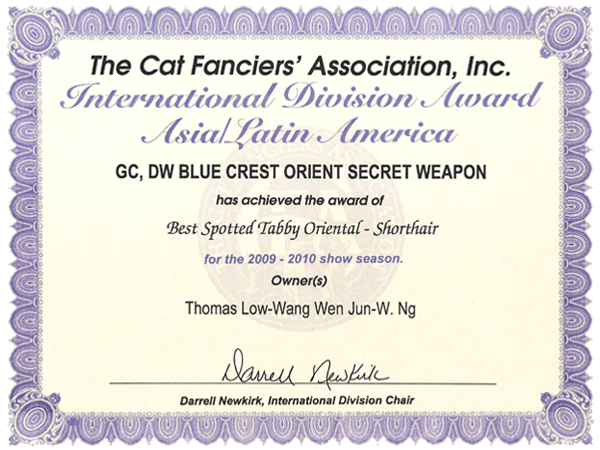 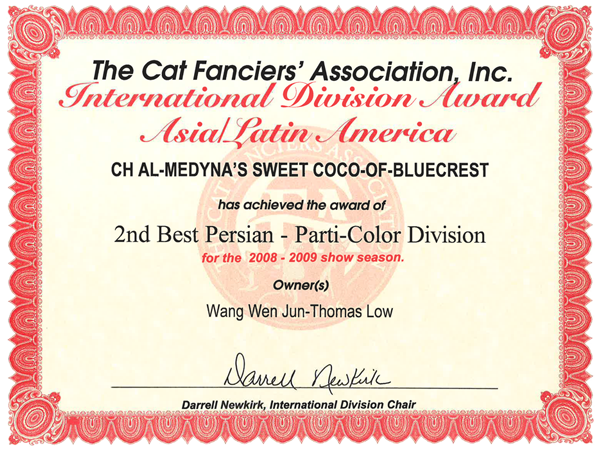 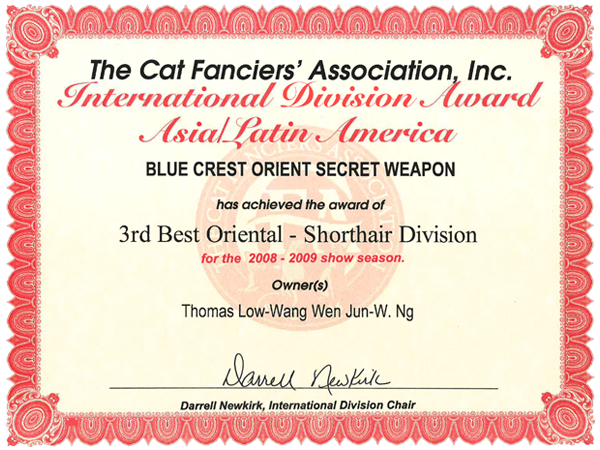 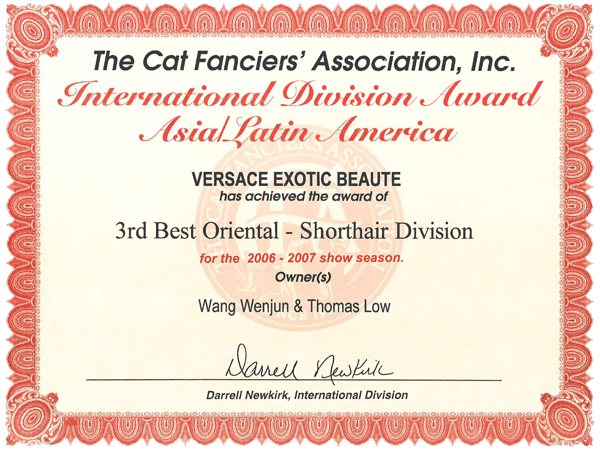